First of all, hello, Austria!

Last month I noticed that we were getting a bit of traffic from Austria. How did I notice this? Because I stalk our blog analytics like a crazy person and get excited when we get more than two hits per day. The Austrians seem to traffic our Grandpa Madel posts most frequently, which makes sense since there are very likely some Austrian Madels. I thought that perhaps Uncle Mark, who lives in Amsterdam, was visiting Austria. Or maybe it’s ancestors of Erwin Schrödinger. And until I find out for sure, it will both be and not be the ancestors of Erwin Schrödinger.

I commented on this Austrian anomaly to Trevor, who said that I should welcome them properly by saying hello. So, hello, Austria, and willkommen! 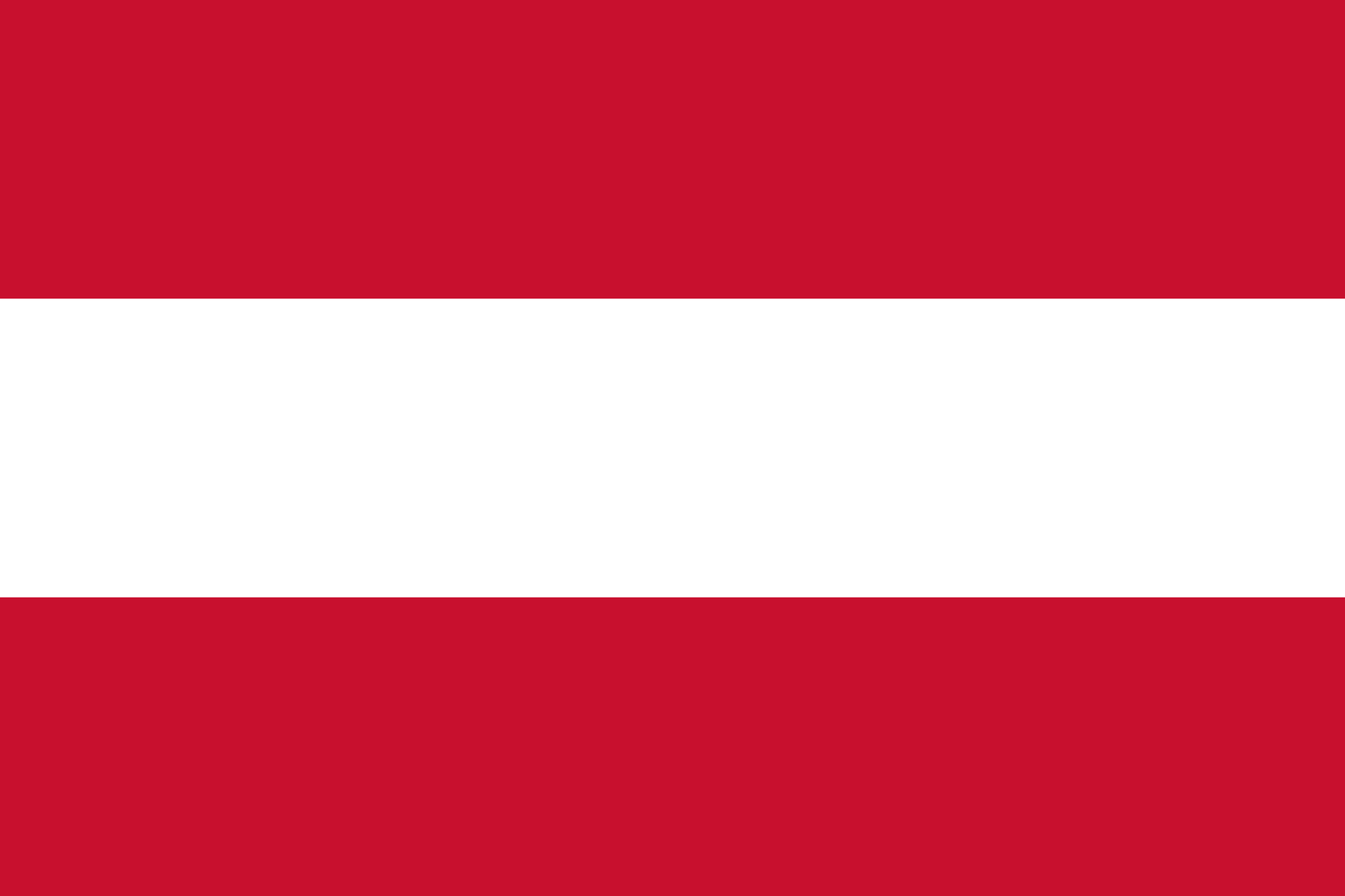 Last weekend, T. and I were treated to a boat trip down (and back up) the Chicago River and out on Lake Michigan. This treat came because our friend Daniel got married to his beautiful wife Gina, and they hosted the reception on Chicago’s First Lady. I took a few pictures, but most of them were too dark and blurry to be of any use. Here are the least dark and least blurry (note: they’re still dark and blurry): 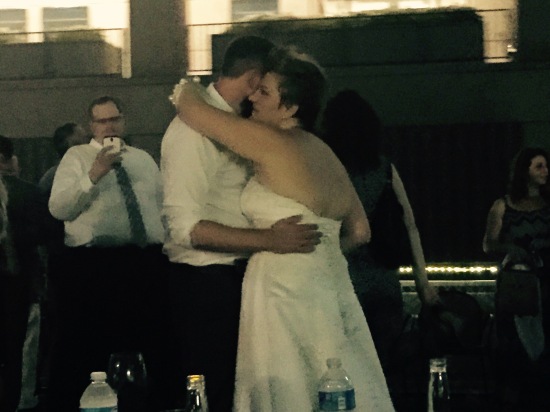 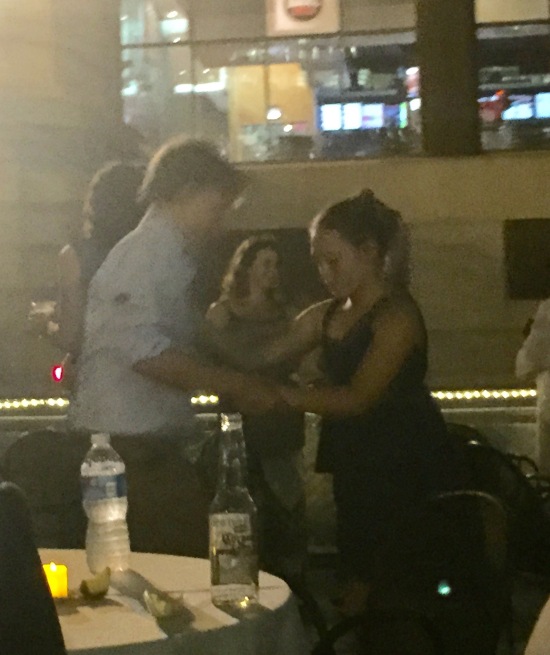 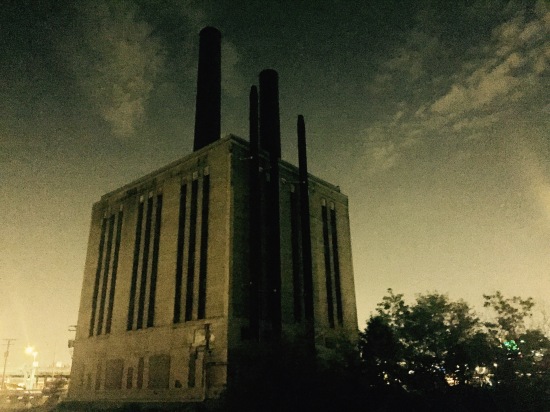 The future Chicago home of our future president (yes, I just choked on my own wine as I typed that)

The party was great — late ’80s and ’90s music, good food, and fireworks from Navy Pier — and although I didn’t get Trevor to dance with me, I got him to give me a semi-smile in this picture:

But really, it was enough to make the night happy that two great people got married and looked beautiful and happy; and there were dozens and dozens and dozens of people who were there celebrating with them, us included.

My friend Shannon, who I met while in God of Carnage and with whom I am forever bonded because she’s the bee’s knees, performed this past Thursday night for the Get Lit(erary) reading series sponsored by the Williams Street Rep. The series presents a dramatic reading of contemporary and classic short literature, and it’s hosted at Le Petit Marché, a French bistro in downtown Crystal Lake.

The ladies get ready to read Emma Rathbone

The readers — actors from WS Rep or people otherwise associated with the Raue Center for the Arts — read pieces by Roald Dahl and Emma Rathbone, and a non-fiction piece about Rin Tin Tin, who sounded like an amazing dog, made even more amazing because he took this picture:

I don’t really know what’s going on here, but I like it.

It was fun to see Shannon read; the pieces were great (the Dahl piece, especially, since it made me think of Grandpa Madel, who I used to chat with about Dahl’s fiction); and I got to drink a glass of wine and eat a piece of cheese. So, like, obviously it was the best night I had all week.

And today was a day for house cleaning (booooooooooo!), reading (yaaaaaaaaaaaaay!), eating sandwiches (hoooooorahhhhhh!), and checking out how our garden vegetables are doing. The carrots aren’t quite ready, but I could not resist picking one. 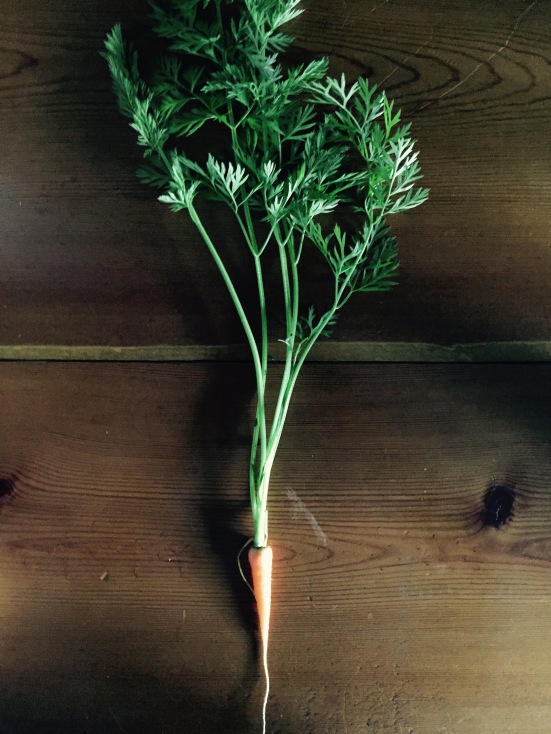 And the cucumbers are coming in slowly, but thank goodness they’re coming in at all. I planted four seeds and the plants that grew from those seeds are not-so-slowly taking over our entire planter box. I thought for sure that we wouldn’t get any actual cucumbers, but that we would just be smothered in our sleep one night. It’s bananas. No — it’s cucumbers! (ha!) 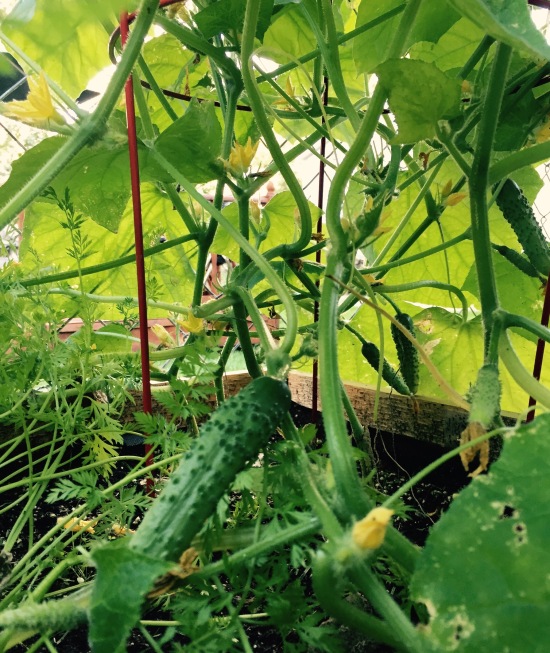 And now the terrific Trevor is getting us some Thai food, and we’ll probably watch some t.v. Tomorrow I have to grade one million student assignments and prep for Monday and Tuesday’s classes. (should I have spent a couple of hours today grading in order to lessen my load for tomorrow, you ask? yes and shut up you’re a jerk sorry you’re not really a jerk I just don’t want to think about grading on a Saturday night)