On Friday, May 19, Noëmi and I went to a faculty development conference at Microsoft’s Dutch office in Amsterdam. The conference was organized specifically for teachers from the college networks. Each school got to send a handful of teachers — Noëmi’s colleague Paul was with us, as was one of the other guests from the U.S., Janel from California — and there were over one hundred educators and IT administrators in attendance.

Noëmi participates in these conferences often because she’s a Microsoft Innovative Educator. Summa College students have free access to Microsoft 365, and the teachers use it to share documents and provide feedback on assignments. And on the 19th, Noëmi was leading a hands-on workshop focused on using the One Note program in the classroom.

Janel and I were lucky to have Noëmi with us, because for the first half of the day, before Noëmi led her workshop, she sat with us in the back of the conference theater and translated every presenter’s Dutch into English. She basically gave us everyone’s word-for-word, which was fantastic for us and probably exhausting for her. 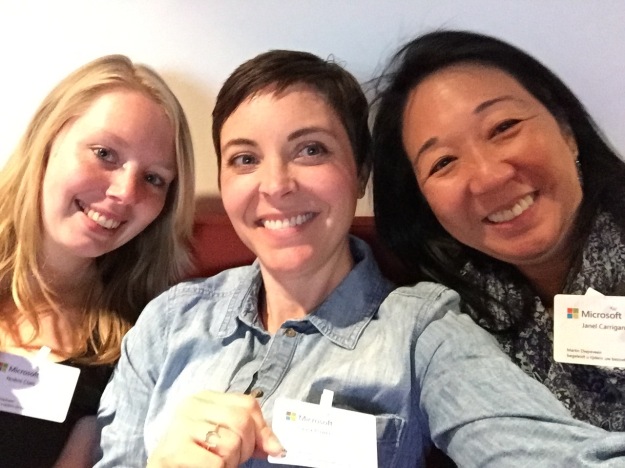 Noëmi ( who is probably very tired but doesn’t show it!), me, and Janel

The theme of the day was Empowering the Students of Today to Create the World of Tomorrow, and each speaker gave a thirty-minute presentation. Because of the intimacy of the space, everyone was able to ask questions, and because I am a huge gorp, I took many, many notes.

Don’t worry, there are six more pages just like this.

Noëmi eventually had to leave me and Janel, first to do a short introduction of the MIE program…

…and then later on to lead her workshop:

And without our translator, Janel and I were a bit lost in all of the Dutch, so we hung out for an hour in Microsoft’s employee lounge area. We were very professional and mature.

There were a few breaks throughout the day: one for mid-morning coffee (I’ve told you that the Dutch love their coffee breaks, right? They love them, and I love them. We all love them!), one for lunch, one for early afternoon post-lunch treats… 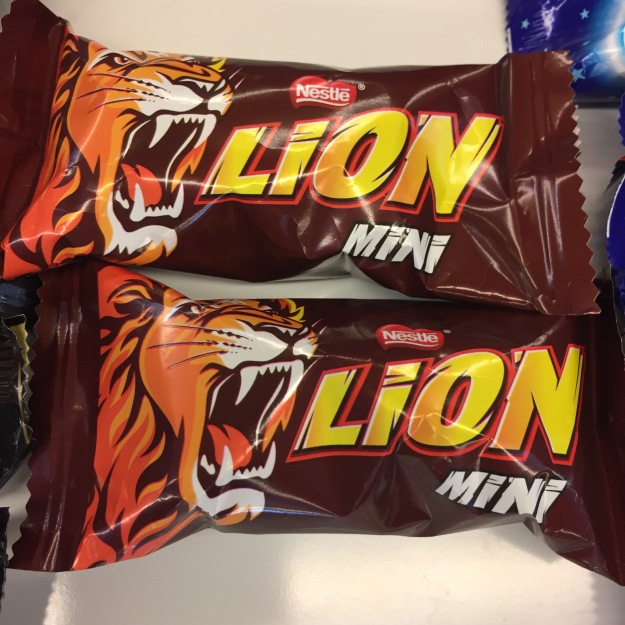 Sorry, MCC, but Microsoft has you beat. Not pictured: a variety of fried snacks that I was too busy eating to photograph (many of them were stuffed with cheese; all of them were delicious).

It was a thought-provoking and useful day and I’m so happy we were able to tag along with Noëmi. The only thing that crumbed up our moods was the three hour commute back to Eindhoven. The highway we needed to use was shut down because of an accident in a tunnel, so we took a detour, along with what felt like every other commuter in the entire country.

But that’s gross, so let’s not end on that; instead, let’s end on this super gorpy picture of me! 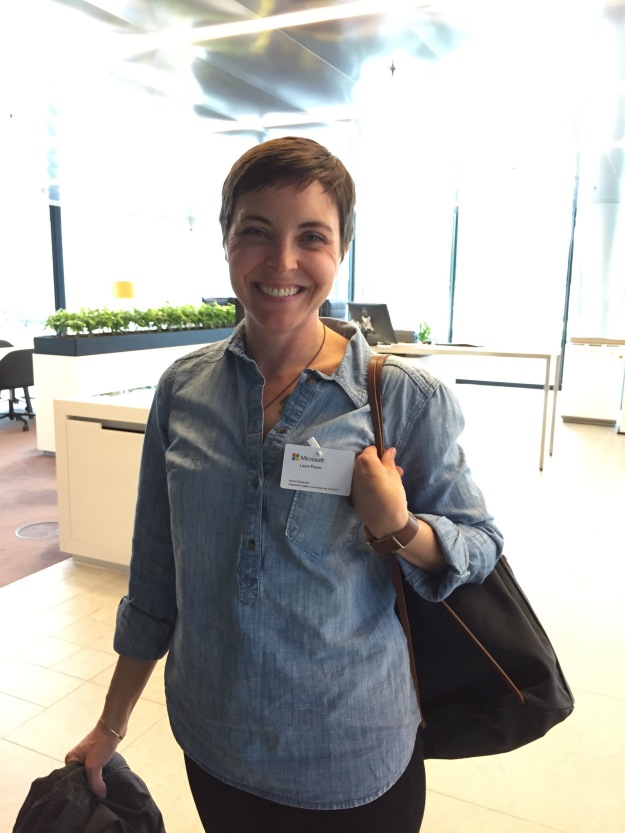 Now, I know that I’m way behind on my posts, so I’ll try to get a few more done before the end of the week. My official exchange ended on Saturday, and Trevor has now joined me in the Netherlands (yay!!!). We’re staying with his uncle in Amsterdam, and I will have many more posts about that. But up next will be a post about me, Noëmi, and Dave, and a windmill in Borkel (Borkel!!) and an abbey in Belgium.